The oil and gas industry has had its fair share of disasters. If anything, these unfortunate events highlight the importance of high standards in safety protocols and uncompromising quality of heavy equipment in such high-stakes settings.

However, despite the best efforts and intentions, a catastrophic event strikes every now and then. The most recent one was the BP Deepwater Horizon oil spill in the Gulf of Mexico. The terrible incident claimed the lives of 11 people and injured 17 more.

What were the other big disasters in recent memory and what can we learn from these major industrial accidents?

This oil spill caused 22 casualties and a production loss of approximately 120,000 oil barrels.

About 160km off the coast of Mumbai in the Arabian Sea, one of the production platforms of state-owned Mumbai High field caught fire after a collision with multipurpose support vessel Samudra Suraksha.

Unusually strong waves at the time caused the vessel to inch dangerously close to the Mumbai High North platform. The ship’s rear area hit the gas export risers and ignited fires on the platform. 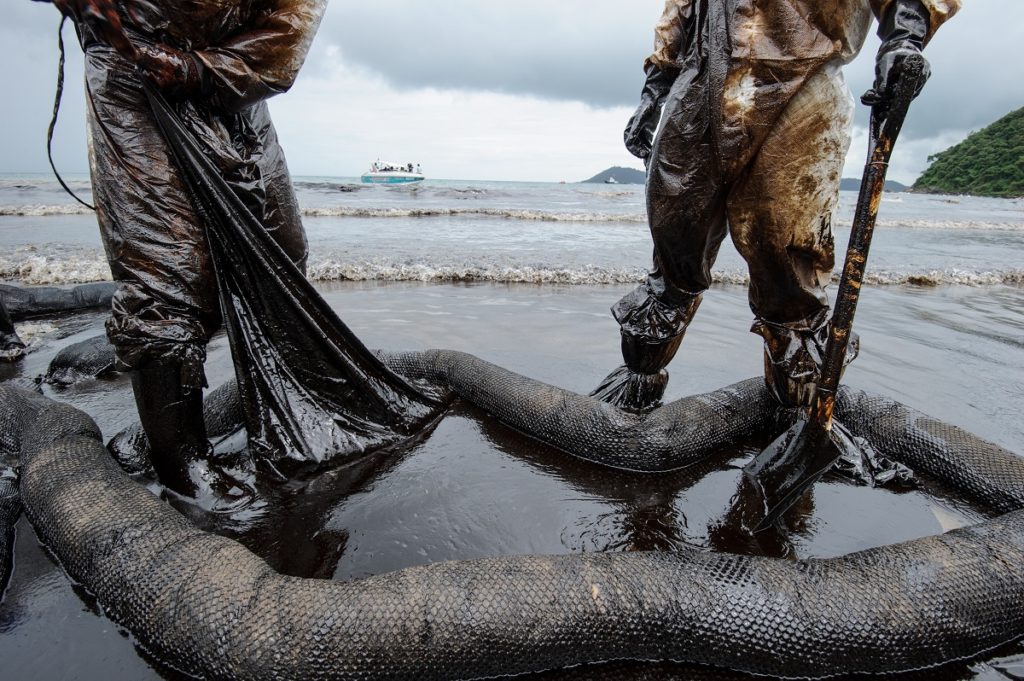 On November 4, 1989 the Seacrest drillship (dubbed Scan Queen) was reported missing, but it wasn’t until the next day that observers found out what happened. The ship apparently capsized and it was found by helicopters floating upside down 430km south of Bangkok, Thailand.

While being anchored at the Platong Gas field and awaiting drilling, the ship was swept in the wake of Typhoon Gay. Waves reaching heights of 40ft pounded the Scan Queen and took the crew by surprise. There was not sufficient time to respond appropriately.

Questions and criticisms were raised about the ship’s seaworthiness and neglect of repeated storm warnings.

Considered as the worst offshore accident in history, the disaster claimed the lives of 167 out of 226 staff in the North Sea. In addition, the destruction of the UK Piper Alpha platform caused an industry loss of around US$1.4 billion.

According to reports, the disaster was caused by miscommunication around the maintenance and use of the condensate-injection pump on July 6, 1988.

That day, maintenance work was done on the pipes and it was set to be continued for the following day. However, the condensate-injection pump was switched on while work was still ongoing, resulting in gas leaks which eventually caused big explosions on the platform.

Situated in the Campos Basin near Rio de Janeiro, Brazil, the Enchova disaster claimed the lives of 42 workers in August 1984. Failure in pressure control caused a blowout of oil to ignite major explosions in the facility.

Later that year, on April 24, another major accident took place, caused by yet another blowout (21 oil wells caught fire and exploded). Fortunately, there were no casualties.

However, the platform incurred extensive damage from the two incidents and it was eventually shut down to make way for a new and safer facility.

It’s impossible to predict if a major disaster such as the ones described above will strike. That being said, industry leaders can take comfort in the thought that many of these disasters could have been avoided. The best thing to do is to learn from past mistakes and apply them to the here and now.

Whether it’s sourcing the most durable shipboard cable available or scheduling routine safety protocol workshops, oil and gas industry workers must do their best to ensure small mishaps do not lead to major catastrophes.