Beehives are not cheap. They can cost around $300 to $500, depending on the quality and species, among others. Imagine then spending this much only for the bees to die a tragic death because of a mite infestation.

How can you protect your investment and save the lives of bees (and even the planet)? For one, you need to get to know the enemy: varroa mite.

What Are Varroa Mites?

Varroa mites or destructors are bee ticks that can destroy a colony or a hive, causing it to collapse within three years of their infestation. They use their special characteristics, which are size and smell, to kill both the worker and the queen bee.

Originally from Asia, these bee pests are now across the globe, thanks to their smallness they use as stealth. They can burrow themselves into the hive, especially the brood colony. The unsuspecting humans then end up bringing these diseased colonies in many countries.

Varroa mites cannot see or hear, but it has a keen olfactory sense and hairy legs, which help them find their way around bees and hives.

First, they infest the worker bees, which bring the mites into the colony. The pests then move towards the brood cells and enter before they are capped.

The pests feed on the liquid inside the brood. Once it’s already consumed, they moved on to the bees, including the larvae.

As parasites, they can feast on the bee’s body fat tissue, which functions like the human liver. Thus, infected bees:

These mites can also be vectors of other pathogens that can affect the way bee larvae develop. By the time they hatch, they’re already severely diseased that they might not be capable of flying or working.

Consequently, when worker bees are incapacitated, the queen bee, whose sole role is to reproduce and depend on the worker bees, will eventually die.

Varroa mites are efficient reproducers. Within a month, they can already double their number. Around winter, if they remain undetected, a colony could already have over 3,000 of them. Saving the hive might already be too late.

How to Prevent Varroa Mites 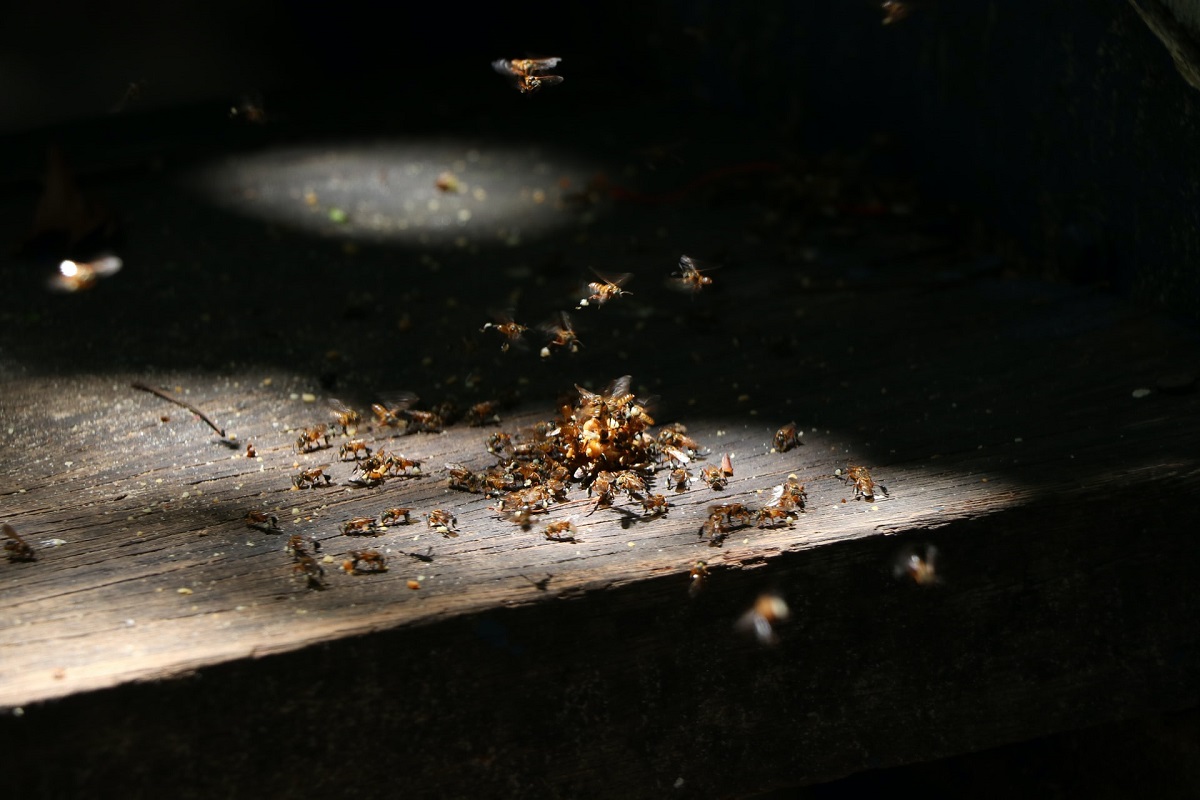 Varroa mites are one of the primary reasons for the declining number of bees around the world. However, they are not a lost cause:

1. Treat the Hive before The Mites Start Infesting

Usually, mites are the most active between springtime, especially before the bees begin collecting nectar, and fall.

Consider using a safe varroa mite treatment like Apivar miticide strips. These strips work similarly to insecticides. But when applied to the hives, they don’t harm the queen or the worker bees, as well as their products such as honey and royal jelly.

These crystals can transform into vapors, which might then kill the mites. OA can enter through their feet and into their bloodstream. It can also damage their mouths so that they can no longer feed.

Note, though, that OA can also hurt the bees since they have a low tolerance to such exposure. To avoid killing them too, apply these crystals before broods are present. Do not use it when you already have honey supers.

As a bee farmer, these two, combined with other control measures, can save you from a massive heartache later.